When most people think of Alabama, they think of large cities like Montgomery and Birmingham. Foley doesn’t usually come to mind. If it does, the next thing people likely say is, “Where is Foley?” Fortunately, Foley is about to get plenty of good publicity this January, which will make it a more popular place to visit during 2015. 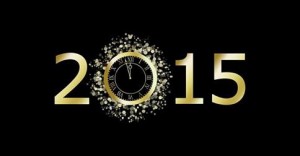 The year 2015 marks Foley’s centennial celebration, and the residents will commemorate it on January 8 with the grand opening of their centennial plaza. The main focal point of the plaza is Foley’s new 31-foot clock and bell tower, erected on a pedestal on October 9, 2014. Plaza construction has been underway since May 2014, and raising funds has been a true team effort between Foley citizens and their mayor, town council, and other officials. The tower features a 32-brass bell carillon. It can be programmed to play thousands of songs, including Christmas carols, classical pieces, and modern tunes.

Foley marketing director LaDonna Hinesley is particularly excited about some of the other elements of the downtown park prepared for the centennial. For example, the park will now feature bricks and pavers personalized with the names of donors and other prominent citizens; families can also pay to have a brick or paver personalized in their honor. Mayor John Konair also pointed out the addition of two new stages around the clock tower. Konair reports that these will be ideal for not only theatrical and other performances but also ceremonies like weddings. Couples can now be married at the foot of the clock tower with their choice of music playing via the resonant chimes.

The plaza was officially dedicated on January 8, 2015, with a performance from the Foley High School brass band and the Foley Police Department’s color guard.

Things to Do and See in Foley

If you plan to stay in Foley after the centennial celebration, or if you are a local looking for new things to do, Foley, Alabama, will gladly oblige. For instance, as one of the premier towns near Fort Morgan, Foley is quite proud of its veterans. A Hometown Heroes celebration will be held in their honor in February 2015, and in November, the servicemen and women who served at Barin Field will hold a reunion.

If you are not a veteran, or particularly well-versed in military history, Foley still has plenty for you to enjoy. Foley is particularly proud of its sports complex and outdoor activities. Visitors can enjoy pristine hiking and biking trails, as well as indoor sports like bowling or swimming at indoor pools. Foley also boasts a spa for vacationers and locals who want to pamper themselves, as well as 70 different restaurants with a variety of great food. Lambert’s CafÃ©, a unique establishment where wait staff has fun pitching bread to customers, is a popular destination. Finally, consider picking up souvenirs or simply enjoying a day out at some of Foley’s retail stores, including a fully stocked Tanger Outlet Center.